IBAs are generally classified as friction, touchless, or hybrid (a combination of friction and touchless components).

Although most IBAs have an hourly production capacity of between 12 and 15 cars, the in-bay express equipment layout can process 25 to 30 cars per hour.

Historically, touchless represented about 80 percent of installed equipment base whereas the most recent surveys suggest this has dropped to about 67 percent.

The retail price of IBAs varies considerably. Recently, one manufacturer advertised a loaded 5-brush rollover for $99,000 or a $25,000 savings. By comparison, the price for a basic system is about $50,000, whereas the price for an in-bay express may reach $175,000 or more. Manufacturers find the machine exchange cycle is between seven and 10 years. Market share leaders are thought to be Ryko, PDQ, Belanger, WashTec, and, in the car dealership segment, Broadway.

Manufacturers like WashTec believe the market has recovered since 2012 and the outlook is positive. According to our estimates, IBA equipment spending is probably between $225 and $300 million.

Although in-bay equipment spending may have rebounded, the same can’t be said for the investment trend. 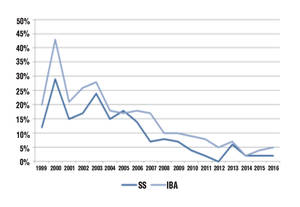 After eight consecutive boom years, the number of survey respondents planning to build within the next twelve months dropped considerably. 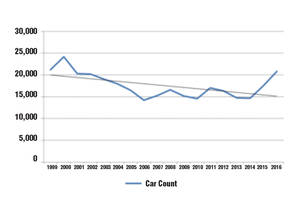 The trend in IBA sales volumes during the period has been negative but volumes have been edging upwards over the last several years. 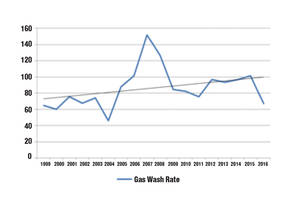 The gas wash ratio for IBAs has varied from one wash for every 60 gallons of gasoline sold to 150 during the period when gas prices spiked in 2006/2007. 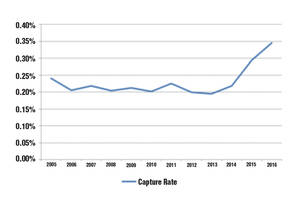 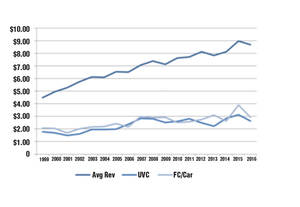 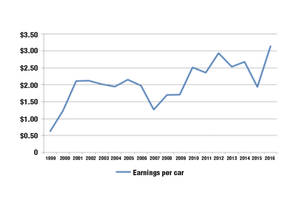 The trend in earnings has been positive.