Discount Day – Will It Achieve Your Goals?

We are going to take this topic and spin it and twist it in all sorts of different directions. And when it’s done, I hope it helps grow your business.

You’ve seen the sign: “Half Price Tacos on Tuesdays 4 to 9 p.m.” Is this a good way to promote a discount? Will this bring in new business? It might, but not if this sign was put out on Monday.

DELAY FOR THE DEAL

Here is an example of why: If I wanted to stop in for a couple tacos on Monday and, when I pulled in at the restaurant, saw this sign that offered half-price tacos if I came back the next day after 4:00 p.m., I would drive away with thoughts of returning tomorrow and having my fill at half price. Did this promotion make the business more money? No, in this case they lost a Monday customer because he is going to return on Tuesday and now only pay half price for the same tacos he was going to buy on Monday at full price.

Why do you think this business owner is offering tacos at half price on Tuesdays after 4:00 p.m.? It is probably the slowest point of the entire week. He has looked at his numbers and saw that every Tuesday between 4:00 p.m. and 9:00 p.m. it’s dead. So with good intentions he decided to offer tacos at half price during that time slot. He would rather sell some tacos at half price than have his business devoid of customers every Tuesday afternoon. But in some cases he may have just convinced some of his customers to not have tacos on Monday but wait until Tuesday when they could get a better deal. 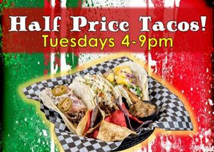 The point is this: When you advertise a discount and make it for a particular time of day or day of the week, you need to remember that many of your customers will now wait to wash their car until the day and time of that discount. All of your “coupon clipper” people looking for the best price will use your car wash only during the time of the special deal you are offering.

Here’s another example: The car wash I operate now, opened brand new six years ago. Early mornings the road on which it was located carried high traffic, but everyone was driving by to get to work; no one was stopping for a car wash. The hours from 7:00 a.m. to 9:00 a.m. were the slowest hours all day, yet the period during which passing traffic was the busiest. So we initiated an Early Bird Special. Monday through Friday between 7:00 a.m. and 9:00 a.m. we put out a sign, only during those hours that we offered this great deal: “Car Wash Only $5” — that’s half price.

In a few months we were washing more cars an hour between 7:00 a.m. and 9:00 a.m. than we were washing any other hour through the entire day, even lunch hour. Did this special increase our car count? Yes it did, because we were only showing the special to those people who were driving by during the time of the special. We did not advertise it before or after; we did not promote it on our website; we did not post it on our Facebook Page. Anyone who drove in after 9:00 a.m. had no idea we offered an early bird special, and they paid full price.

Another car wash in this area started a Whacky Wednesday promotion, offering all washes at half price on Wednesdays. So obviously Wednesdays have become his busiest day of the week. But has it really brought in new business or only pulled some business from other days of the week? And how many people who pulled into his wash on a Wednesday would have paid full price because they were there for a car wash and were not aware of the Whacky Wednesday deal until they pulled into the lot? Quite a few, I would imagine. So in this case, he may be washing more cars, but at a lower ticket average per car — but that’s a whole other topic.

I once consulted for a car wash that was open 7:00 a.m. to 7:00 p.m. seven days a week. I asked the owner how many cars he washed between 7:00 a.m. and 9:00 a.m. on Sundays. Not many he said. I recommended that he open at 9:00 a.m. on Sundays and save two hours of labor while not hurting the car count. Most people are off work on Sundays and holidays and will adjust their schedules and wait to wash their cars until the wash is open, rather than drive to another car wash across town.

Think long and hard before deciding to offer a discount day such as an Early Bird Special or a Whacky Wednesday because, once you start that fire, it is very difficult to ever put it out. At our wash we still offer the Early Bird Special, but now through word of mouth only, everyone knows about it and if we were to ever stop doing it, our customers would hold a protest for sure. So our Early Bird hours from 7:00 a.m. to 9:00 a.m. are always our busiest hours — it’s a distinct group of customers that we will never see any other time during the day.

Chuck Lundberg, a 25-year car wash industry professional, is presently general manager of Clean &amp; Green Car Wash of Marlborough, MA and owner of Independent Car Wash Consultants of NH. Chuck has served on the board of directors of the New England Carwash Association. You can contact Chuck via e-mail at clundberg99@gmail.com.