One of the ways to mitigate this risk is to attempt to create a competitive advantage by means of cost, differentiation, or niche strategy. Specific tactics are usually designed to increase a store’s customer attraction rate and/or customer loyalty rate.

For example, more and more car wash operators are offering subscription programs such as a monthly unlimited wash option. Garnering 2,500 members at an average of $20 equals $50,000 each month. This will go a long way in reducing the uncertainty normally associated with the weather and pass-by traffic.

There’s good reason for this. The nature of pass-by traffic is changing. 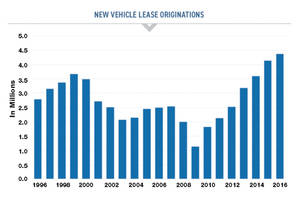 According to Statista.com, new vehicle leasing has grown from a 15 percent market share in 2006 to 31 percent in 2016 (most recent data). Millennials especially prefer leases, with one third choosing leasing over buying in 2016, making up 12 percent of all leases in the United States.

People who lease new vehicles don’t necessarily take less care of them. Rather, there is simply less maintenance for lease customers to do during the first two or three years of ownership as compared to in the past.

For example, some of the benefits of leasing include free routine maintenance service and customer amenities such as service reminders, shuttle service, loaner car, and free car washing.

Besides avoiding excessive wear and tear, oversized dings and dents, and exceeding mileage cap, owning a leased car can be as easy as sign, drive it, and forget it. 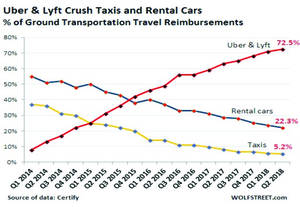 By-pass traffic today also includes a lot fewer taxi cabs and a lot more ridesharing. Rideshare services are digital networks that match drivers with passengers for short-notice, one-off shared rides. Rides are requested via smartphone. GPS and networking technologies are then used to match the passenger to an appropriate driver via an algorithm. 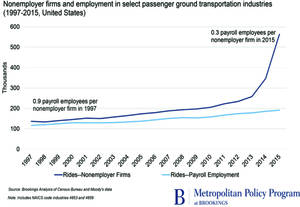 the nature of pass-by traffic is changingAccording to article in Wolfstreet.com, the age distribution of the vehicle fleet has changed considerably. In 1992, the average age of cars and light-duty trucks on the road was 8.1 years. By 2017, it reached 11.7 years. 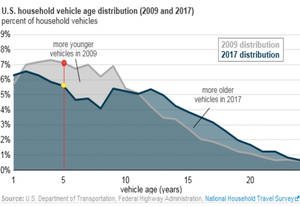 This author opines it is largely a result of improved quality. Vehicles last a lot longer than they used to. A well-maintained 10-year-old vehicle with 150,000 miles on it today can look very good and have practically no problems, and getting rid of it is mostly a question of preference and not of necessity.

What’s happening inside pass-by traffic is also changing. For example, many states have enacted legislation that limits the use of mobile devices while operating a vehicle. As a result, automobile manufacturers are designing cars for more personalized vehicle interactions such as touchscreen displays, GPS, hands-free talk, and, more recently, installing modems in cars.

Arguably, rapid advances in technology and the increasing number of customers who prefer borrowing to owning will pose certain challenges for car wash operators.